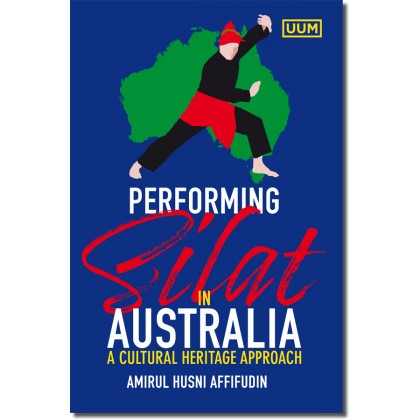 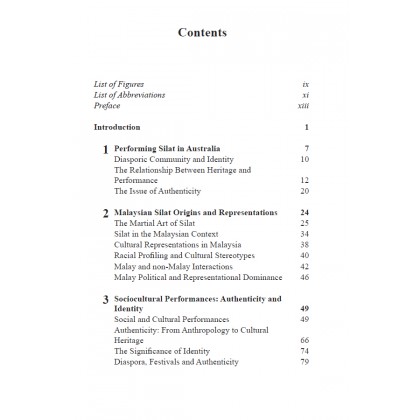 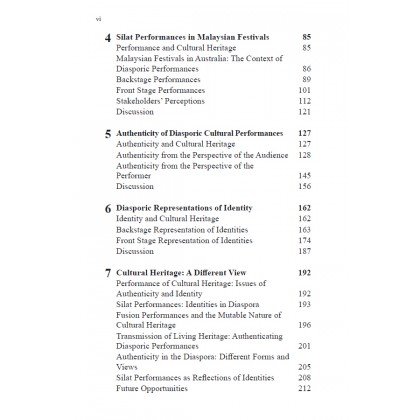 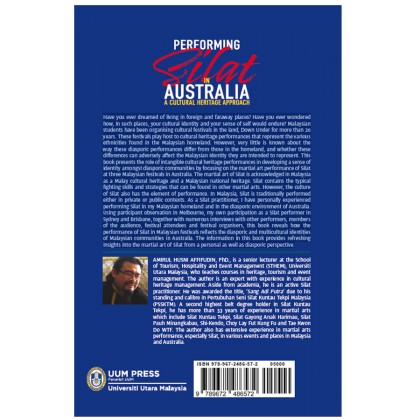 Have you ever dreamed of living in foreign and faraway places? Have you ever wondered how, in such places, your cultural identity and your sense of self would endure? Malaysian students have been organising cultural festivals in the land, Down Under for more than 20 years. These festivals play host to cultural heritage performances that represent the various ethnicities found in the Malaysian homeland. However, very little is known about the way these diasporic performances differ from those in the homeland, and whether these differences can adversely affect the Malaysian identity they are intended to represent. This book presents the role of intangible cultural heritage performances in developing a sense of identity amongst diasporic communities by focusing on the martial art performance of Silat at three Malaysian festivals in Australia.

The martial art of Silat is acknowledged in Malaysia as a Malay cultural heritage and a Malaysian national heritage. Silat contains the typical fighting skills and strategies that can be found in other martial arts. However, the culture of Silat also has the element of performance. In Malaysia, Silat is traditionally performed either in private or public contexts. As a Silat practitioner, I have personally experienced performing Silat in my Malaysian homeland and in the diasporic environment of Australia. Using participant observation in Melbourne, my own participation as a Silat performer in Sydney and Brisbane, together with numerous interviews with other performers, members of the audience, festival attendees and festival organisers, this book reveals how the performance of Silat in Malaysian festivals reflects the diasporic and multicultural identities of Malaysian communities in Australia. The information in this book provides refreshing insights into the martial art of Silat from a personal as well as diasporic perspective.