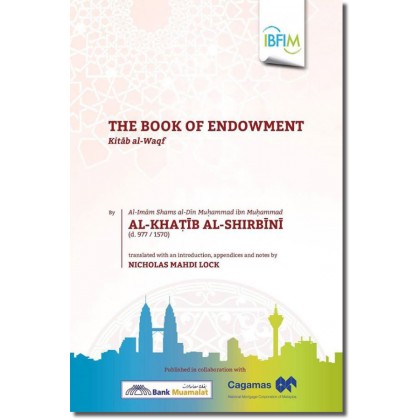 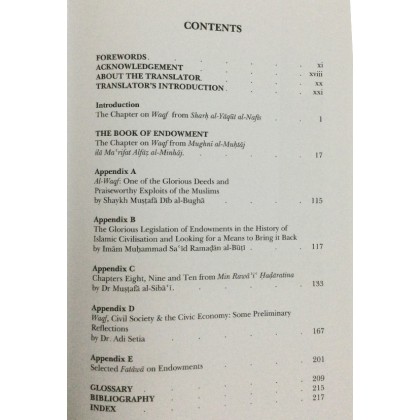 The Book of Endowment (Kitab al-Waqf)

And the legislation is distinguished by its rigorous juristic regulations – on the strength of the rulings that the jurists spoken about at length in the mother books.

This legislation was a sanctuary for the poor, a refuge for those in need, and then it developed until it became a distinguishing feature and characteristic in the major Islamic cities, which Islamic society benefited from in all of its levels and components.

And the Muslims had a strong desire for waqf, to develop it and take care of it, as it is an illustration of the ongoing charity that the Prophet, may Allah bless Him and grant Him peace, encouraged.

This book that is in front of you is considered a comprehensive and exhaustive summary of the rulings of waqf in the Islamic Revealed Law, as it includes the chapter on waqf from the book Mughni al-Muhtaj in Shafi’i jurisprudence (which is al-Khatib al-Shirbini’s commentary on the Minhaj of Imam al-Nawawi), as well as some researchers that reflect how important waqf is in the Revealed Law, not to mention the rather important treasure that is the fatawa on waqf, to facilitate for the reader the study of its practical and applied aspects, so that the benefit can be widespread.